Starting a new category of Dagens trädgårdsresa on the blogg – Gardens of  the World Heritage Sites by UNESCO I would like to take you for a trip to famous Kew Gardens in London, UK.

The Royal Botanic Gardens at Kew located in west London, owning collection of about 50,000 different plant species is one of the world’s most important botanical gardens.

The history of Kew Gardens began when Princess Augusta, mother of king George III started developing a 3.6 ha large garden at the domain of White Lodge in Richmond with the help of gardener William Aiton and botanist Lord Bute.  Several structures for the garden, including the orangery and the pagoda are designed by William Chambers. The botanical garden in that time occupied just a small part of the area, and the rest of it was designed by Lancelot ‘Capability’ Brown.

Everything changes when in 1772 King George III  decides to join the two royal domains and puts Joseph Banks in charge of enlarging and planting the combined gardens. Joseph Banks who just returned from his journey around the world with Captain Cook had collected a large amount of exotic plants on his trip. Banks established Kew Garden’s reputation as one of the leading horticultural research centers in the world.

Recognised as a UNESCO World Heritage Site in 2003, Kew’s rich horticultural and scientific history is interwoven with royal heritage and its historic importance.  Nowadays Kew Gardens has the earth’s largest and most diverse botanical collections.

Can you imagine that many of plants which are popular nowadays in gardens actually where launched in Europe after Joseph Banks’ expedition?

This is the reason why I decided to start a new category of Gardens of UNESCO with describing a bit of Kew Gardens. 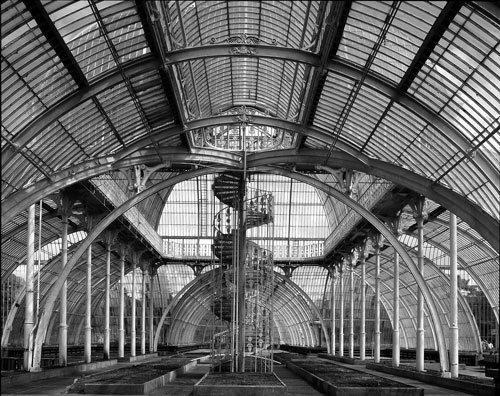 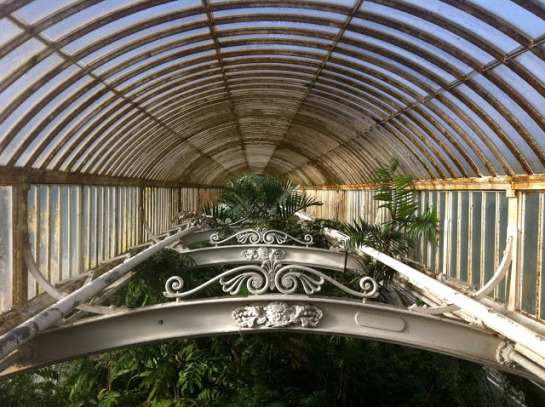 Palm House is the most famous of many greenhouses built at Kew between 1844 and 1848. The magnificent glass and iron construction was designed by Decimus Burton and Richard Turner. Tropical Rainforest plants are located inside. (Photos from www.kew.org) 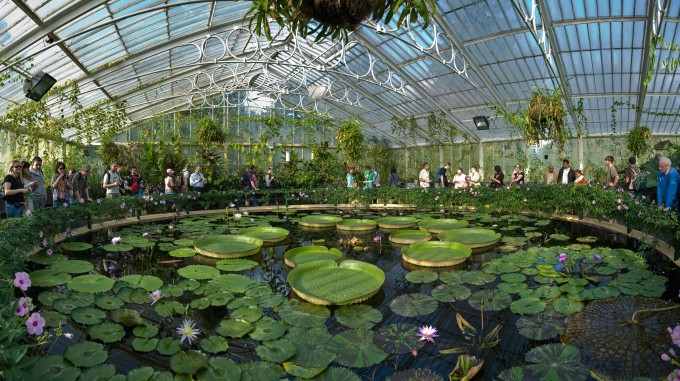 Another interesting greenhouse is the Waterlily House, built in 1852. The giant water lilies have leaves that can reach a diameter even of up to 2.5 meter! You can try sitting on them if you weigh up to 45 kg 🙂  (Photo from www.kew.org) 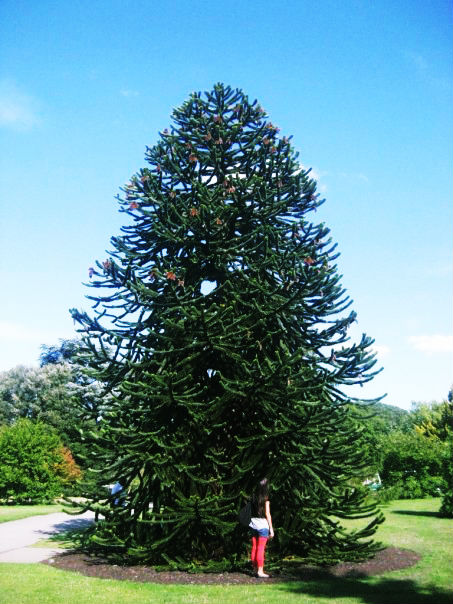 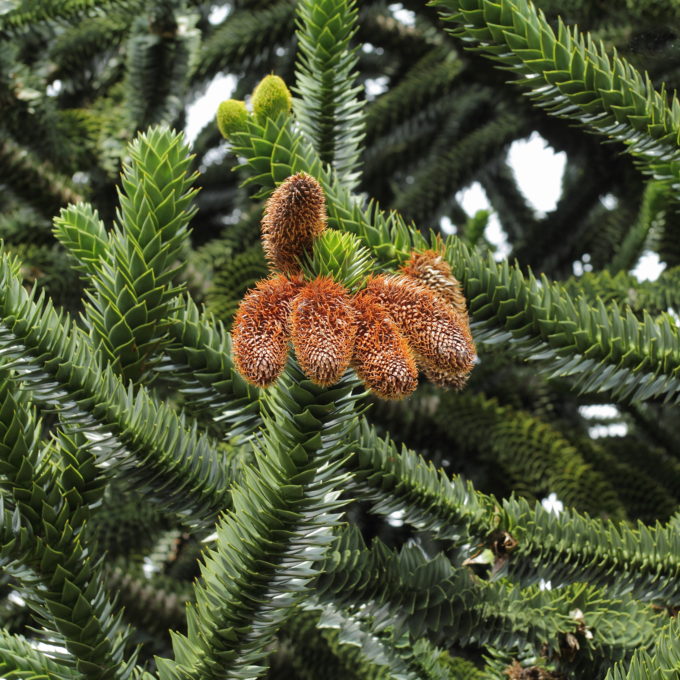 Araucaria araucana is known in Swedish as apträd due to its atypical monkey tail shape branches. Find out more about heritage trees at Kew here. (Photo by Aneta, C T Johansson)

Many professional activities are located at Kew Gardens: Herbarium – one of the largest in the world with approximately 7 million specimens, Seedbank, Library and archive with one of the world’s largest botanical collection, Forensic horticulture, Economic Botany and Jodrell Laboratory.

To discover more about attractions of Kew go here. 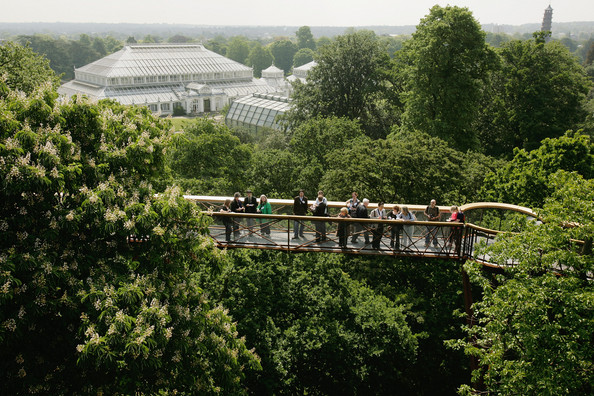 When I visited Kew Gardens my favourite attraction was Treetop Walkway opened in 2008. This walkway is 18 metres high and 200 metres long and takes visitors into the tree canopy of a woodland glade. (Photo from www.mirror.co.uk) 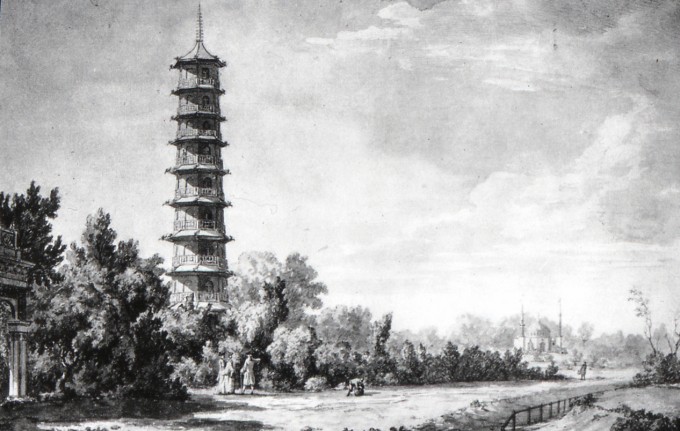 Archive picture of Pagoda that is the most important surviving architectural element of William Chambers’ designs. (Picture from www.essential-architecture.com)